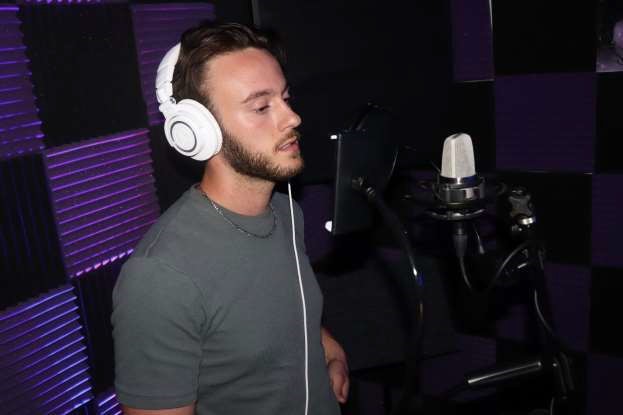 JaySix is a recording artist from Long Island who doesn’t shy away from hard work. He doesn’t let his natural talent give him false confidence. Six embraces the journey ahead of him, cherishes the experiences behind him but always makes sure to execute at the moment. If there is an artist showcase, you best believe you will see him there and be ready for a show! I’ve seen Jay perform 4 times up to this point, bringing the energy every time. He gets the crowd involved by using his music to set the tone. JaySix started rhyming in 2012 at 13 years old and released his first song, “Gravity,” on SoundCloud in 2016 at 17.

From the beginning of his career up until a few months ago, Jay recorded all his music himself. Recently he started working with a production team, MarlinBeats, for his beats and Sink Or Swim Recording.

Studio for full production, meaning recording, mixing, and mastering. The instant growth to his music is apparent, leading to much more work from the newly formed team, and to show for it, Jay’s new track “Gold Ticket” is out now on all major streaming platforms for you to be the judge. If you like the song, go let him know by commenting on his most recent Instagram post, Gold Ticket @jaysix_musica.