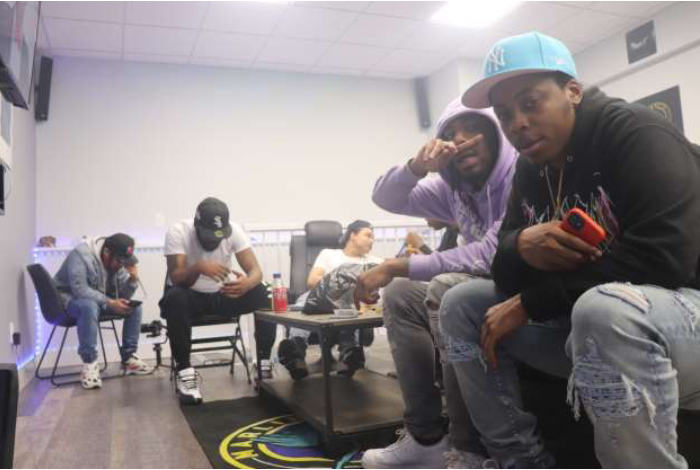 K–Little is a Brooklyn Rapper from Cypress Hills, NY. Growing up in a tough environment, K had to face abnormal challenges early on, which taught him valuable life lessons.
K–Little was born with several talents, but in his early teenage years, his most powerful talent came to fruition. As a result of K’s early on life experience, he understood the power of one’s voice, and he also understood his talent to rap. At once he knew Rapping was his calling and the impact he could create is unmeasurable.
K–Little connected with a producer group MarlinBeats aka Sink Or Swim Recording Studio, through a mutual connection. Right from the jump, there was a tremendous amount of chemistry between K–Little and the producer group, which lead to countless late nights in the lab.
For instance, during those late sessions, they created songs like “Life On The Line,” “Last Week,” and “Doubted Me,” which are truly powerful songs when you let the beat hit you and listen to the lyrics.
As their lease expired, MarlinBeats opened their new recording studio out on Long Island to a bigger and more capable facility. After years of working together, the relationship was at no risk of crumbling, so when they made a move, there was no break in the workflow. K–Little is currently in the process of writing and recording, so look out for new music in early 2023.